Cromwell and the Irish Slaves


At the beginning of the 17th Century, in the reign of James I of England, England faced a problem: what to do with the Irish. They had been practicing genocide against the Irish since the reign of Elizabeth, but they couldn't kill them all. Some had been banished, and some had gone into voluntary exile, but there were still just too many of them. 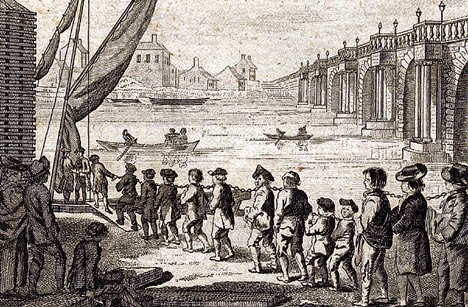 So James I encouraged the sale of the Irish as slaves to the New World colonies, not only America but Barbados and South America. The first recorded sale of Irish slaves was to a settlement along the Amazon in South America in 1612. However, before that there were probably many unofficial arrangements, since the Irish were of no importance and details of how they were dealt with were not deemed necessary.

In 1625, the King issued a proclamation that all Irish political prisoners were to be transported to the West Indies and sold as slave labor to the planters there. In 1637, a census showed that 69% of the inhabitants of Monsarrat in the West Indies were Irish slaves. The Irish had a tendency to die in the heat, and were not as well suited to the work as African slaves, but African slaves had to be bought. Irish slaves could be kidnapped if there weren't enough prisoners, and of course, it was easy enough to make Irish prisoners by manufacturing some petty crime or other. This made the Irish the preferred "livestock" for English slave traders for 200 years.

In 1641, one of the periodic wars in which the Irish tried to overthrow the English misrule  in their land took place. As always, this rebellion eventually failed. As a result, in the 12 years following the revolt, known as the Confederation War, the Irish population fell from 1,466,000 to 616,000. Over 550,000 Irishmen were killed, and 300,000 were sold as slaves. The women and children who were left homeless and destitute had to be dealt with , so they were rounded up and sold, too.

But even though it did not seem that things could get worse, with the advent of Oliver Cromwell, they did.
In the 1650's, thousands more Irish were killed, and many more were sold into slavery. Over 100,000 Irish Catholic children were taken from their parents and sold as slaves, many to Virginia and New England. Unbelievably but truly, from 1651 to 1660 there were more Irish slaves in America than the entire non-slave population of the colonies!

In 1652, Cromwell instigated the Ethnic Cleansing of Ireland. He demanded that all Irish people were to resettle west of the Shannon, in arid, uninhabitable land, or be transported to the West Indies. The Irish refused to relocate peaceably, for the most part, since they couldn't survive if they did.

"Those who fail to transplant themselves into Connaught
(Ireland's Western Province) or (County) Clare within six
months... Shall be attained of high treason... Are to be sent
into America or some other parts beyond the seas..."(1)

Any who attempted to return would

"suffer the pains of death as
felons by virtue of this act, without benefit of Clergy."(2)

The soldiers were encouraged to kill the Irish who refused to move; it was certainly not considered a crime. But the slave trade was so profitable that it was much more lucrative to round them up and sell them. Gangs went out to fill quotas by capturing whoever came across their path; they were so industrious that they accidentally captured a number of French and English and several thousand Scots in the process.

By Cromwell's death, at least 100,000 Irish men, women, and children had been sold in the West Indies, Virginia, and New England. While most were sold to the sugar planters in Barbados, Jamaica and throughout the West Indies, some writers assert that at least 20,000 were sold to the American colonies. (3) The earliest record of Irish slaves in America was in 1620, with the arrival of
200 slaves. Most of the documentation, however, comes from the West Indies.

In 1742, a document entitled Thurloe's State Papers, published in London, opined that:

"..It was a measure beneficial to Ireland, which was
thus relieved of a population that might trouble the planters; it
was a benefit to the people removed, which might thus be made
English and Christians ... a great benefit to the West India
sugar planters, who desired men and boys for their bondsmen, and
the women and Irish girls... To solace them."(4)

Note the chilling insouciance of the purpose stated for the women and Irish girls. . to "solace" the sugar planters. Also, to our way of thinking, the Irish were Christians, but to the Protestant English, Catholics were considered Papist, and Papists weren't Christians.

So for the entire 17th Century, from 1600 until 1699, there were many more Irish sold as slaves than Africans. There are records of Irish slaves well into the 18th Century.

Many never made it off the ships. According to written record, in at least one incident 132 slaves, men, women, and children, were dumped overboard to drown because ships' supplies were running low. They were drowned because the insurance would pay for an "accident," but not if the slaves were allowed to starve. Typical death rates on the ships were from 37% to 50%.

In the West Indies, the African and Irish slaves were housed together, but because the African slaves were much more costly, they were treated much better than the Irish slaves. Also, the Irish were Catholic, and Papists were hated among the Protestant planters. An Irish slave would endure such treatment as having his hands and feet set on fire or being strung up and beaten for even a small infraction. Richard Ligon, who witnessed these things first-hand and recorded them in a history of Barbados he published in 1657, stated:

"Truly, I have seen cruelty there done to servants as I did not think one Christian could have done to another."(5)

According to Sean O'Callahan, in To Hell or Barbados, Irish men and women were inspected like cattle there, just as the Africans were. In addition, Irish slaves, who were harder to distinguish from their owners since they shared the same skin color, were branded with the owner's initials, the women on the forearm and the men on the buttocks. O'Callahan goes on to say that the women were not only sold to the planters as sexual slaves but were often sold to local brothels as well. He states that the black or mulatto overseers also often forced the women to strip while working in the fields and often used them sexually as well.(6)

The one advantage the Irish slaves had over the African slaves was that since they were literate and they did not survive well in the fields, they were generally used as house servants, accountants, and teachers. But the gentility of the service did not correlate to the punishment for infractions. Flogging was common, and most slave owners did not really care if they killed an easily replaceable, cheap Irish slave.

While most of these slaves who survived were eventually freed after their time of service was completed, many leaving the islands for the American colonies, many were not, and the planters found another way to insure a free supply of valuable slaves. They were quick to "find solace" and start breeding with the Irish slave women. Many of them were very pretty, but more than that, while most of the Irish were sold for only a period of service, usually about 10 years assuming they survived, their children were born slaves for life. The planters knew that most of the mothers would remain in servitude to remain with their children even after their service was technically up.

The planters also began to breed the Irish women with the African male slaves to make lighter skinned slaves, because the lighter skinned slaves were more desirable and could be sold for more money. A law was passed against this practice in 1681, not for moral reasons but because the practice was causing the Royal African Company to lose money. According to James F. Cavanaugh, this company, sent 249 shiploads of slaves to the West Indies in the 1680's, a total of 60,000 African and Irish, 14,000 of whom died in passage.(7)

While the trade in Irish slaves tapered off after the defeat of King James in 1691, England once again shipped out thousands of Irish prisoners who were taken after the Irish Rebellion of 1798. 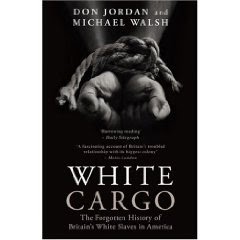 These prisoners were shipped to America and to Australia, specifically to be sold as slaves.

No Irish slave shipped to the West Indies or America has ever been known to have returned to Ireland. Many died, either in passage or from abuse or overwork. Others won their freedom and emigrated to the American colonies. Still others remained in the West Indies, which still contain an population of "Black Irish," many the descendents of the children of black slaves and Irish slaves.

In 1688, the first woman killed in Cotton Mather's witch trials in Massachusetts was an old Irish woman named Anne Glover, who had been captured and sold as a slave in 1650. She spoke no English. She could recite The Lord's Prayer in Gaelic and Latin, but without English,  Mather decided her Gaelic was discourse with the devil, and hung her.(8)

It was not until 1839 that a law was passed in England ending the slave trade, and thus the trade in Irish slaves.

It is unfortunate that, while the descendents of black slaves have kept their history alive and not allowed their atrocity to be forgotten, the Irish heritage of slavery in America and the West Indies has been largely ignored or forgotten. It is my hope that this article will help in some small way to change that and to commemorate these unfortunate people.